This page gives some general information on blocks.  In the menu to the right you can get detailed information on how to measure for and make your own blocks.

What is a Block?

A Block, also called a Sloper is the Master or Foundation Pattern that is used to make other patterns and other blocks.

A full set of basic Blocks usually consists of: Bodice Front & Back, Sleeve and Skirt Front & Back.  Using these blocks while applying the principles of patternmaking allows you to make sewing patterns.

From these basic blocks you can also make derivative blocks, such as Sleeveless, Torso, Extended Line Dress, and others.

You can also create other blocks from scratch, such as an Overgarment Block, Jacket Block, or Jeans Block.

Patternmakers in the Fashion Industry use these blocks to make patterns for their clothing line; their particular blocks will be made for their target audience; e.g. if that fashion line makes clothing for curvier figures, their blocks will be different to another fashion house that makes clothing for a less curvy shape.  The measurements used to make blocks will therefore vary from fashion line to fashion line, but they get their measurements in some way or other from anthropometric data.   Given the difficulty of making clothing to suit a wide range of figures and measurements, even within a specialised target audience, many people have fitting issues with ready-to-made clothing, even in clothing that is targeted to their body type.

What are Blocks Made Of?  How do you store them?

For the home pattermaker, the sheets are obviously the more useful option.  In Australia, it may be hard to find patternmaking paper unless you live in a large city.  If you have a TAFE near you that offers Patternmaking classes, they will have a store that sells it.  Otherwise you can order it online from EM Greenfields in Sydney.

You usually punch a large hole (e.g. around 2cm | .75in diameter) into the block and use a Pattern Hook to hang it up and store it.  You can store a lot of Blocks on one Pattern Hook.

Using Blocks means you don't have to create every pattern from scratch.

The Basic Blocks have no design features other than what is required for fitting.  This means it has only minimum ease - called wearing ease, and the only features are darts required for shaping the garment to the body.

Extra ease (design ease) and features are added when creating patterns from the block.

The Front of a basic Bodice Block usually has two darts.  You can create a one-dart block, but usually only because it is easier to create the initial block that way; once made, you would then create a two-dart block from that, and use the two-dart block to create patterns.  Having only one dart in a bodice block (unless you have a very small bust), creates distortion.  The bigger the bust cup, the bigger the distortion.

In the blocks used on this website the two dart block has the darts in the waist and the side seam (other blocks can have them in the waist and shoulder). When making patterns from these blocks you can  - by using the principles of patternmaking - move these darts to other locations (e.g. move a side seam dart into the shoulder or the armhole), change the dart/s to gathers or tucks, or remove them by making a Princess Line design.

You use the block,  while applying the principles of patternmaking, to create a pattern.

Using Blocks to Make Patterns AND Other Blocks

Once you have created Close Fitting Bodice Block, you can use that block to create patterns for blouses, shirts, tops, and the bodice part of dresses, etc.

Once you have created a Straight Skirt Block with two darts, you can use that to create patterns for a six-gore skirt, and eight-gore skirt, a yoked skirt, or an A-Line skirt.

If you make a lot of A-line dresses, you could make yourself an A-Line Block from your Straight Skirt Block, to save that bit of extra work each time you make a pattern for an A-line dress.

A block is a template that saves you from having to recreate the basics in that template each time you make a design.

There are no comments posted here yet 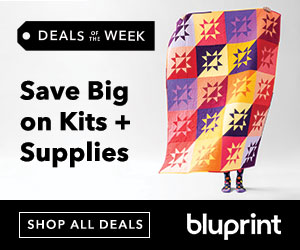 This is an affiliate ad and I will receive a commission for any purchases you make through this link.

All ads on my website are Affiliate links, meaning at no extra cost to you, I will earn a commission if you click through and purchase.